Mr. Buttman was born with a fully functioning butt on his head. In fact, breathes through the butt, to the disgust of everyone around him. Despite his chronic bad breath, he's trying to start up his restaurant. His restaurant's grand opening is very soon.  There's no time to waste!

Pass out flyers for the restaurant's grand opening to as many people as you can.

Just make sure you don't exhale or sneeze near them or you'll scare them away.

You are entirely responsible for his breathing. If he doesn't get enough air, he'll pass out for a few seconds.

Stand right near a potential customer until the circle that appears above them is full, to make them accept a flyer. If you see an exclamation mark over their head, it means that they smelled your breath, and won't take any flier, or will drop a flier if they had it. You can't give someone two flyers.

Unfortunately, I did not get to put the allergy/sneezing feature in the game. 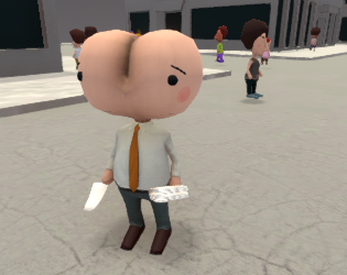 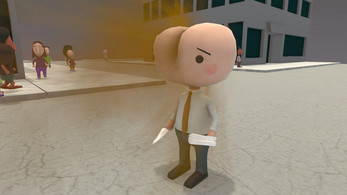 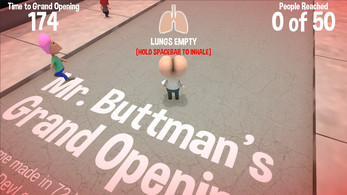 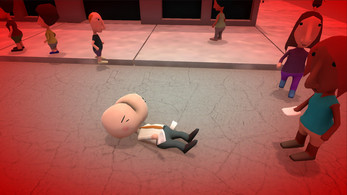 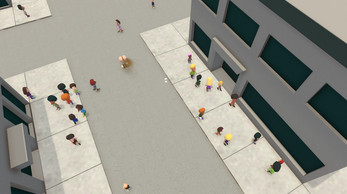 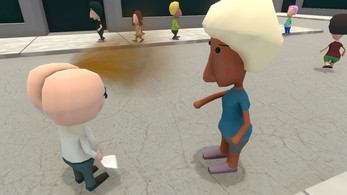 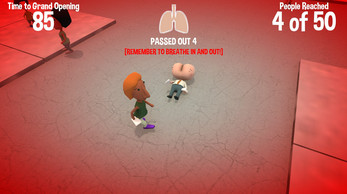 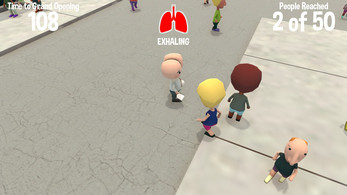 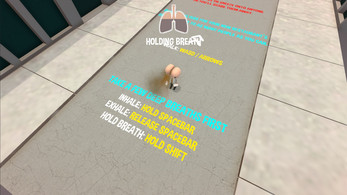 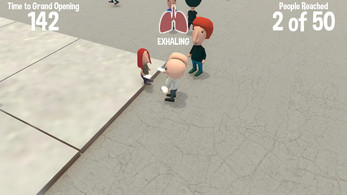 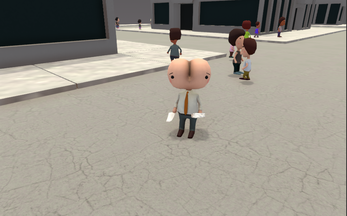